My job at JÄGERSRO Horse Racing Track in Malmö [•]

Since 1992 I have been working as a photographer at the horse racing track Jägersro Trav & Galopp AB in Malmö, Sweden. I take the photographs when the horses come to the end of the race just at the split second when their nose break the final line. The images are used for the race referee to decide which horse has won and the horses thereafter. They are also used in newspapers, TV etc.
During the first 6 years I worked here these races were shoot with a specially constructed analogue Danish camera and used black and white film, enlarger, chemicals, developer, printing machine, minute timer, photographic paper etc. 1998 all that was changed to a digital colour camera and computers with special Omega racing software. The working process became both faster and Eco-friendly. It is a pleasure to sit high up in the referee tower and work. Each race is never the same and guaranteed a lot of action is always included. 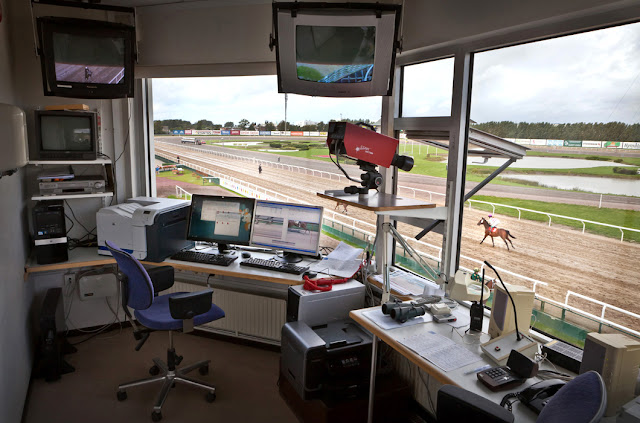 Posted by fw-photography at 19:37 No comments: 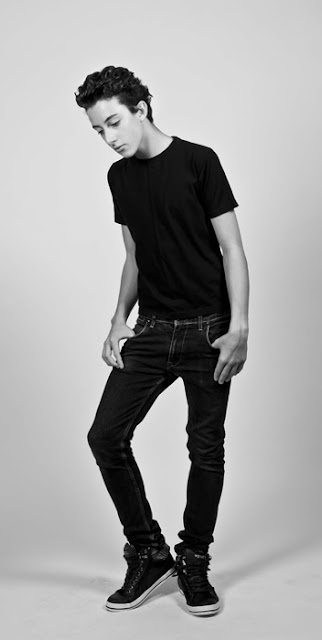 The last sunday of August in the evening I did a photo shoot of Tobias.
He and his parents contacted me two weeks before the shoot about the job and told me that they wanted images for putting together a portfolio for Tobias to use when looking for model jobs.
The shoot took about 2 hours in my studio with white background and different light sources.
The images are under editing and ready for the client these upcoming days.
Here are some black & whites from the session. 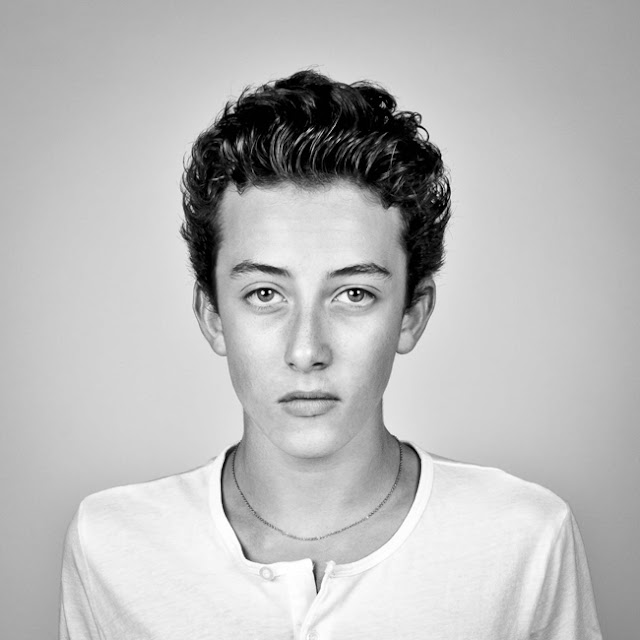 Posted by fw-photography at 19:02 No comments:

Here is my very first camera which I saved up for a whole year before I bought it. It was a AGFA Agfamatic 200 and I was 7 years old. The film was in a plastic cartridge that was inserted and the lens and apperture settings were restricted to; strong sun, sunny, semi-sunny or cloudy. After you had done the setting you just looked through the viewfinder and click.
My third camera after the Pentax SLR (se post in August 2011) which I worked with as a teenager was a Rolleiflex middle format camera with 6x6 roll film and Carl Zeiss lens. I still have both cameras in my posessions. For the "Rollei" I used a separate light meter and if is it sunny with a clear weather and you can use a high aperture you can in the image see the leaves in trees 300 feet away. 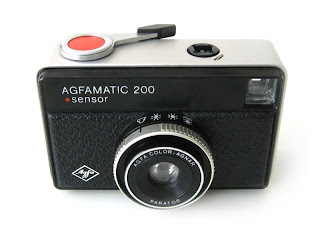 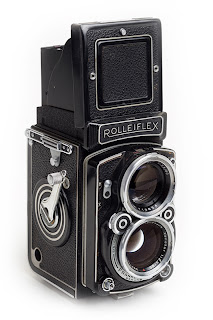 Posted by fw-photography at 04:35 No comments:

Last week I met Klaus & Karin again so that they could look at the partly edited pictures from their wedding. They were more than satisfied and now after another week I have gone through and screened over 600 images and am finished with the editing. Phew! ...it was a lot of work but I am happy with the job and the final outcome of the developed pictures. This image below is a bit funny as my shadow is in the image aswell as the couple is squinting in the strong sunlight. If you want to se the good images you can visit my website and click on "Wedding". Welcome! 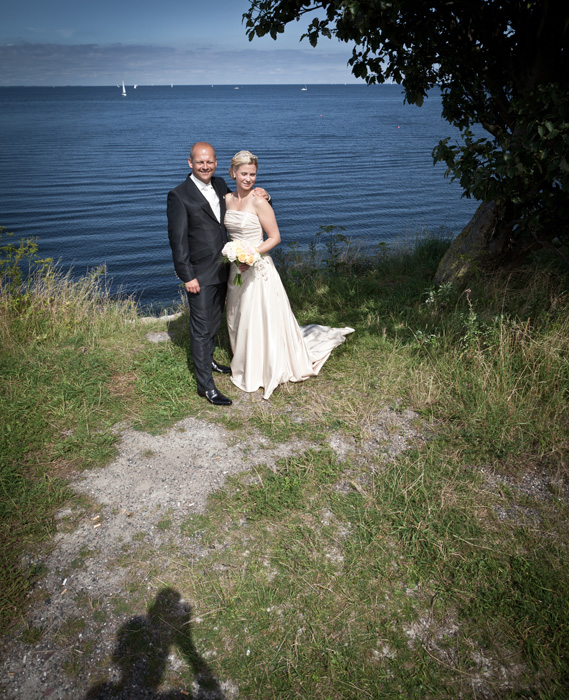 My daughter as an excellent assistant 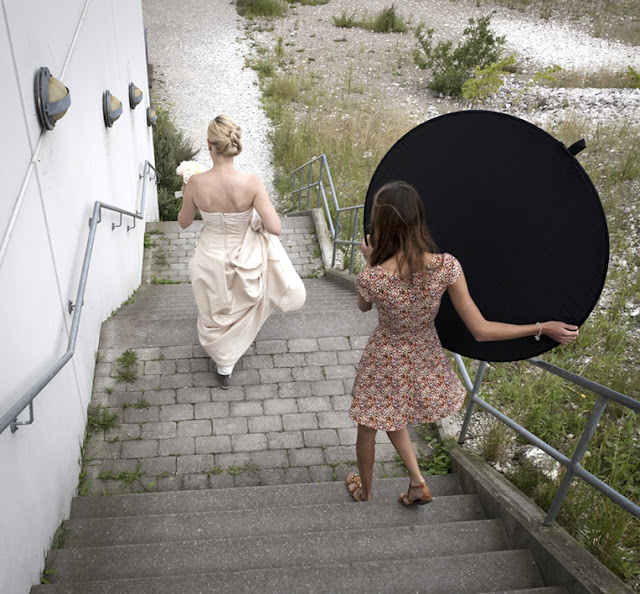